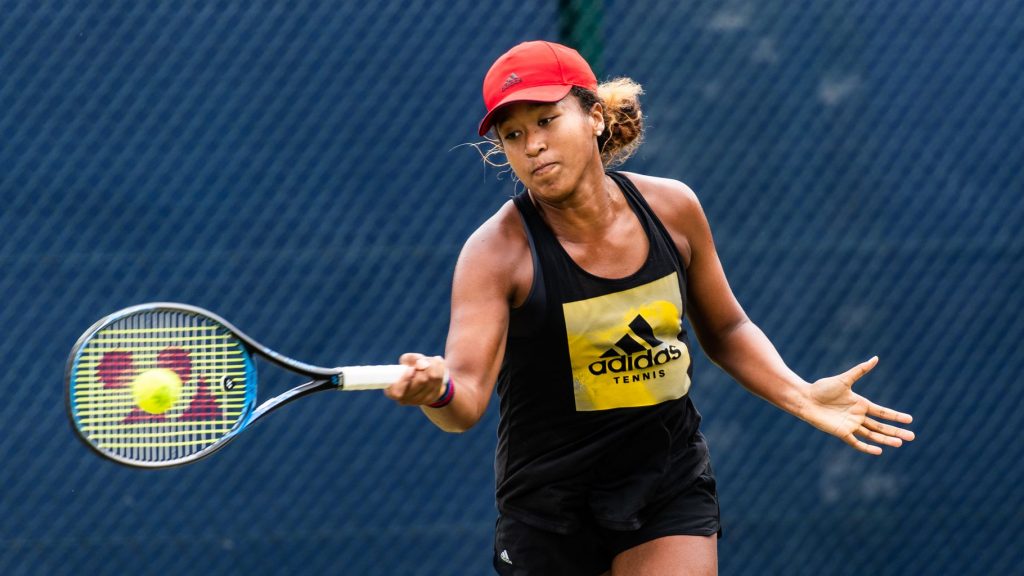 The Habit Loop: How To Achieve Your Goals & Prevent Self-Sabotage Using This Simple 3-Step Method

Bulletproof Your Hamstrings With The Single-Leg RDL 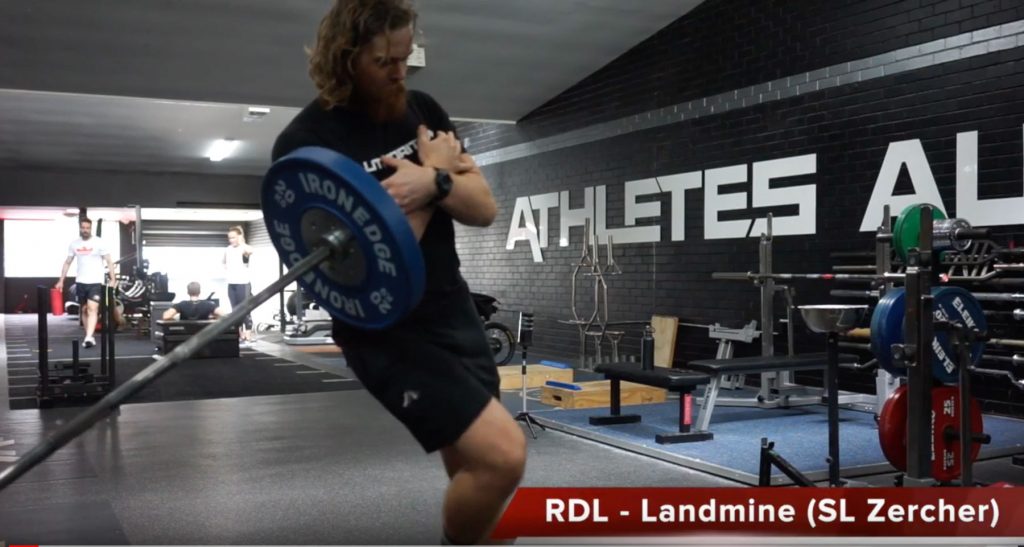 How To Bulletproof Your Hamstrings With The Single-Leg RDL Quick Summary: Single Leg RDL’s (Romanian Deadlifts), are hard, but a necessary exercise if you want to optimise sports performance. Following a correct progression makes sure you get the chance to progress safely and get the most out of the drill. The Single-Leg RDL builds hamstring […] 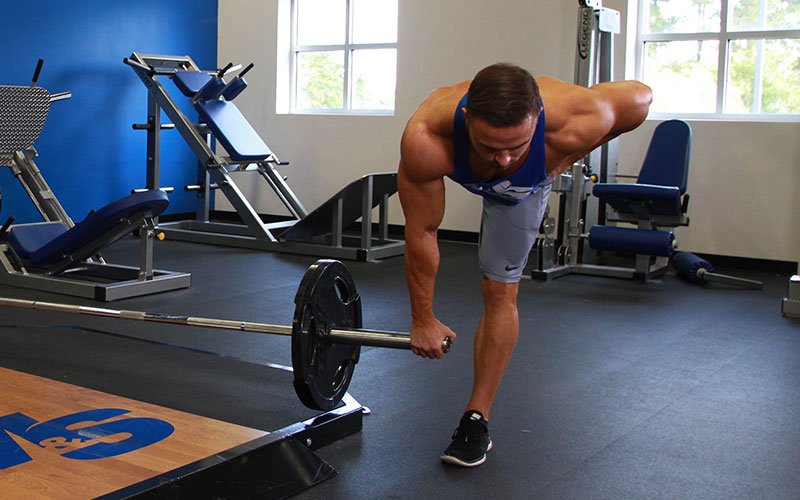 Utilising Eccentrics In Your Training Program For More Strength & Injury Resilience As An Athlete Eccentric actions refer to an athlete’s muscle belly that is resisting the act of lengthening; the muscle is exerting force while being lengthened.  Imagine a tug of war against someone much larger than yourself… you are resisting movement, but inevitably […]

Why The Nervous System Matters For Athletes 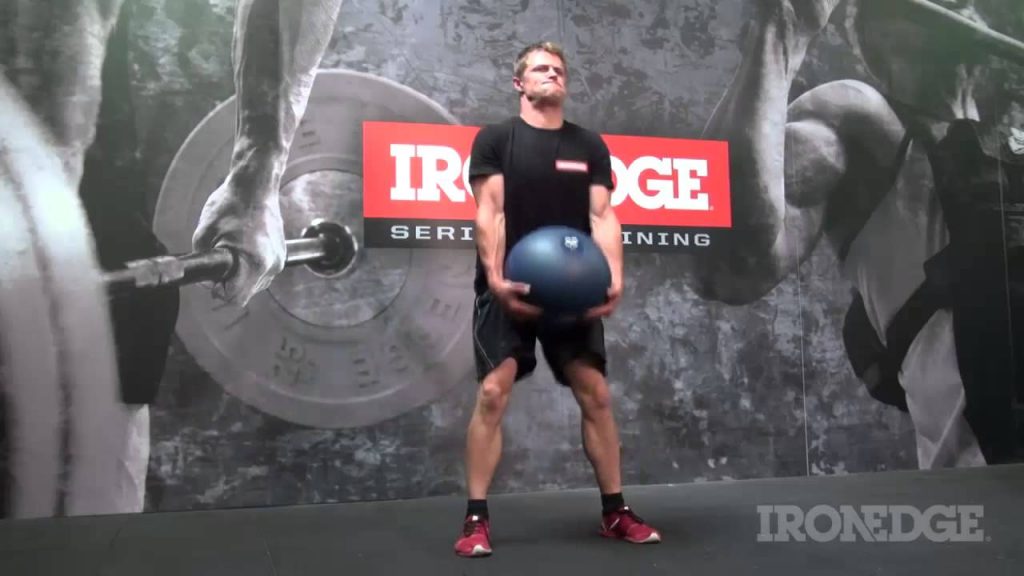 The Role and Importance of Contrast Training In Athlete Development 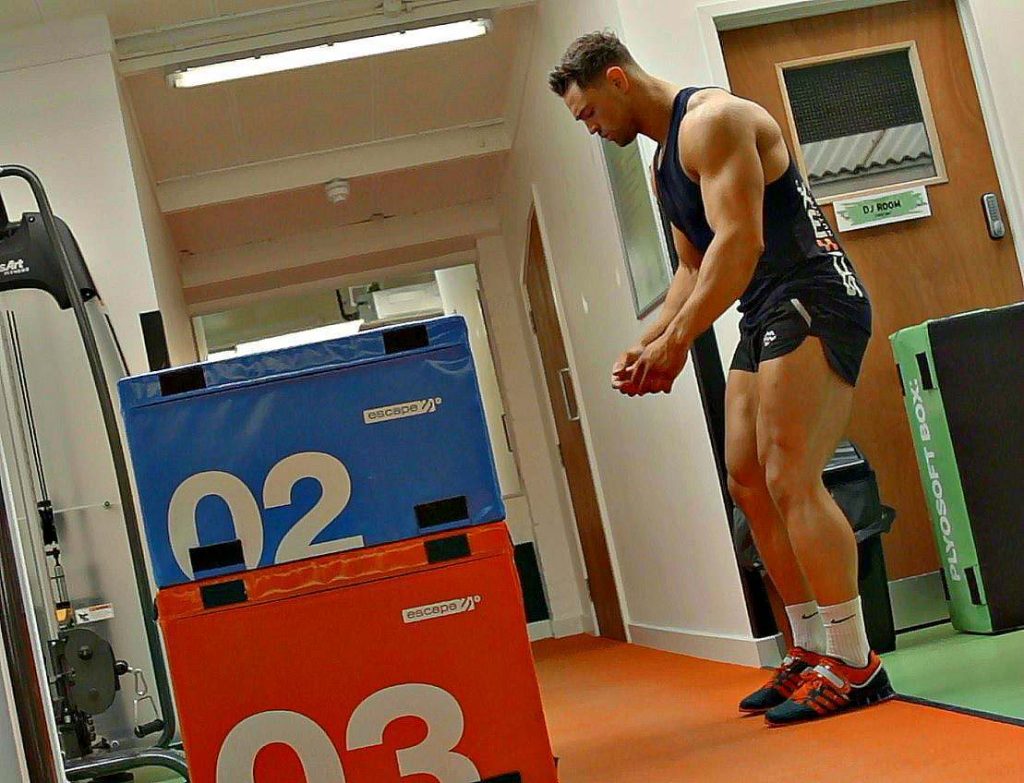 Contrast Training One of the most effective training methods for developing the whole range of the force velocity curve is contrast training. The principle of this method revolves around its capacity to provide a more complete development of the motor capacities and strength qualities by varying the external load during the workout, exercise or (with […]

Principles Over Methods: The Role and Importance of Plyometric Training 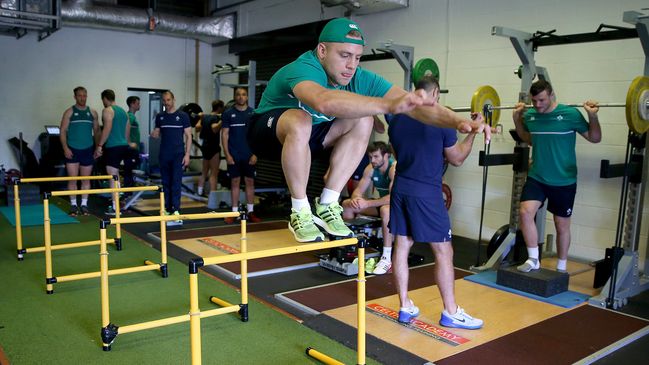 Plyometrics Almost every athlete wants to be more explosive. They see themselves running faster, cutting with more intent, jumping higher, or in collision sports, being the dominant contact. Plyometrics is a special form of strength training because it involves exercises where there is an important build up of kinetic energy as the body absorbs the […]

Principles Over Methods: The Role and Importance of Concentric Action Training 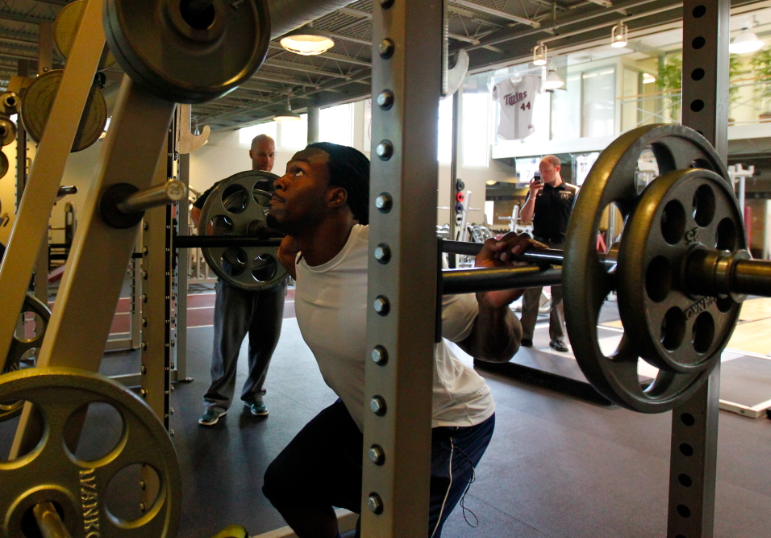 The Utility Of Isometrics In Strength Training Prescription 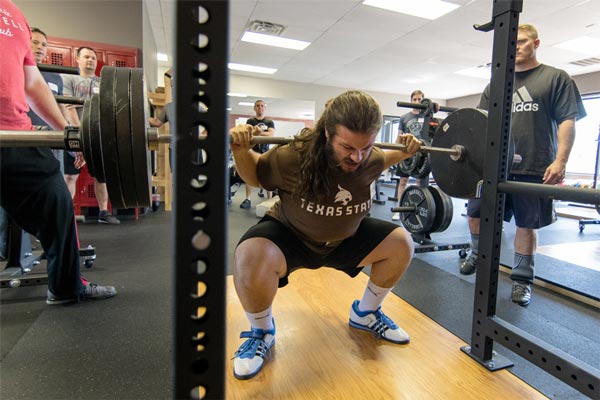 The Utility Of Isometrics In Strength Training Prescription We’ve all probably experienced a physical stalemate. Whether that be an arm wrestle or a rugby scrum, despite a lot of effort being applied, there is little to no movement. This type of physical activity can be broadly referred to as isometric exercise, which involves the muscle […]

The 5 Key Components to Develop a Sport-Specific Strength Program 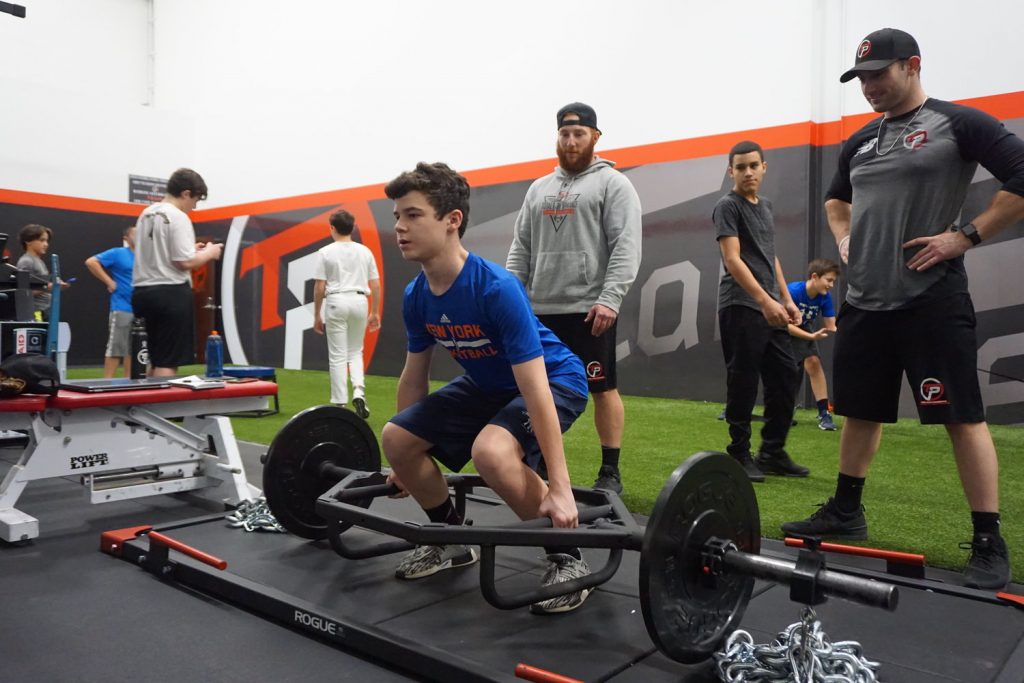 What You Need To Know As A Coach & Athlete As a coach, you make your money on your ability to improve the general qualities of an athlete so they perform better at their sport. You know that over the course of a training intervention, weight on the bar needs to increase. You know their […] 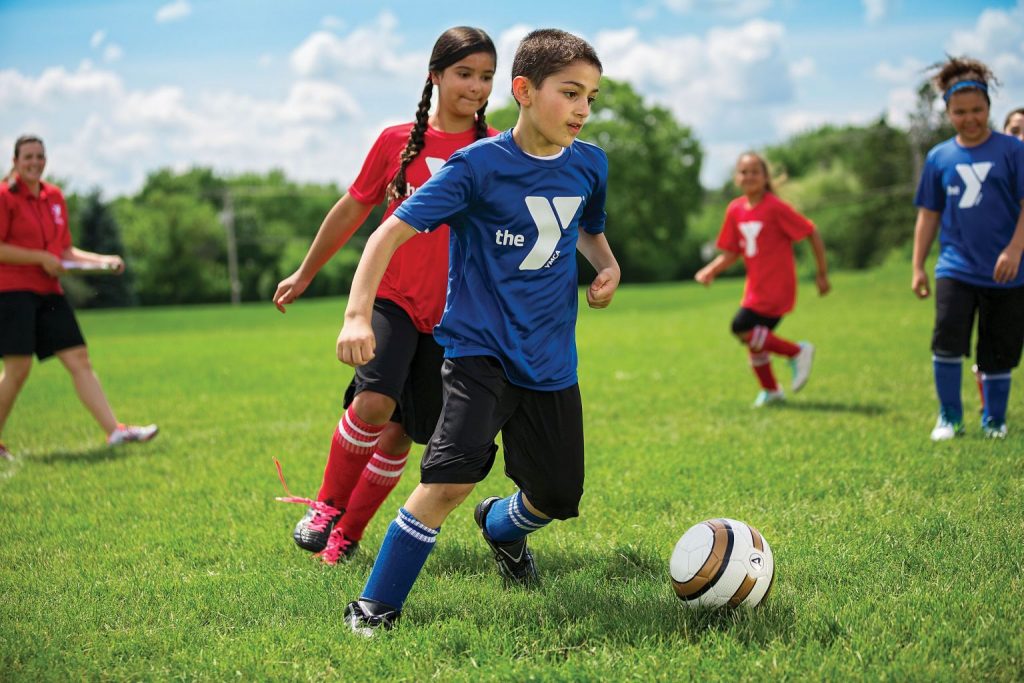 Youth Athlete Development Strength and Conditioning for our youth and adolescence during their formative years of motor development has only recently reached mainstream popularity; it was only nine years ago during a shoe fitting by an ‘expert’ I was told to not go to the gym until I was 18, in fear of compressing my […]

Apply to work with us

With Your Free Download, You’ll Gain Access To The System That Helps Athletes Make The Most Out Their Your Recovery Days.

Feeling tired from training, like you had to take it easy, or skipping a session entirely is NOT normal. It is the SYMPTOM of a mismatch between your fitness and your fatigue. With the KVLR™ Recovery System, you’ll have the tools to be good to go & make sure you can always put the effort in, when it counts.

Do You Know What Every World Class Athlete Has In Common? They Have ALL Become Masters Of Their Mental Game. With Our Free Mini-Course, Now You Can Join Them On The Path To Mental Mastery.

Even if you’ve done courses before that promised to improve your mental game but ended up falling flat and not living up to the hype, this course is different. Instead of teaching you only a few pieces of the puzzle, this is a complete step-by-step strategy to become mentally unstoppable, leveraging the secrets that the world’s top performers like Michael Jordan, Serena Williams, Steph Curry, Michael Phelps, Tom Brady, Lebron James, Usain Bolt (and many more) have been using throughout their whole careers.

This may not be a PC thing to say, but when Lachlan and I met Mon, we were immediately in love. She got the role as an intern before she left the interview (which we never do).

We knew Mon would be an amazing fit from the get go — her passion for sports is infectious and she’s a dynamic young physiotherapist keen to combine her skills as a strength and conditioning coach. It’s the 1-2-3 combination we look for in our staff and any athletic facility can only dream of in a hire.

Since starting with us, we’ve had to put a pause on the amount of positive feedback we receive about her — it’s clogging my desk space.

You’ll see Mon on the gym floor, keeping our athletes tuned in the physio clinic and out on the pitch with the Mac Uni AFL team as their Head of Performance.

Justin has developed a passion for sports performance, finding his greatest interest in bridging the gap between traditional hands-on physiotherapy and the guidance and care required to get an athlete back to sport and performing at their best.

Having worked with the Cronulla Sharks and South Sydney Rabbitohs, he has a deep understanding of the requirements to succeed at a high level of sport and is committed to providing you with the expertise to help you get back to doing what you love.

Alan is a titled APA Sports & Exercise Physiotherapist who has spent his whole career living and breathing sports rehabilitation.

His career as a physiotherapist has seen him work with the NSW Waratahs and the Sydney Blue Sox, managing injuries that range from the acute-stage to end-stage rehabilitation. His philosophy aims to address long term athletic development and bring high-performance rehabilitation to athletes.

Dr Tom Longworth became a registrar of the Australasian College of Sports and Exercise Physicians in 2016 and is currently in his 3rd year of specialist training. He completed his medical degree with the University of Newcastle in 2010 and has had 5 years of experience in Emergency and intensive care medicine across Australia since graduating.

Dr Longworth has recently completed his postgraduate diploma in Sports and Exercise Medicine through the University of Bath (UK). He has published research relating to stem cell treatment for knee osteoarthritis and is currently investigating concussion incidence in the NRL, as well as conducting a trial on shin splint management.

Tom currently sees our athletes out of his home base at Eastern Suburbs Sports Medicine Centre.

Lachlan began his professional sports coaching career as the second ever employee at the GWS Giants in 2010-11 season prior to entering the AFL in 2012. Over 7 seasons, Lachlan grew a team of talented young men into back-to-back preliminary finals contenders. As the head of strength and power, his role was to turn teenagers into physically dominant men, developing their strength, power, speed and most importantly, their resistance to injury.

In 2018, Lachlan’s success afforded him the opportunity to shift codes, having been offered the role of High Performance Manager for the NRL’s Parramatta Eels.

In as little as one rebuild season, he had taken the wooden spooners of 2018 to the finals in 2019, where they inflicted the greatest defeat of the Brisbane Broncos in NRL history. By 2019, it was time for Lachlan to go ‘all-in’ on his other baby, Athletes Authority.

Now, Lachlan leads the performance program, designing the programs for all the athletes here. He works closely with the sports medicine team, just like he did in pro sport, to help athletes achieve more and reach new heights with their athletic careers.

Karl began his career in coaching as a Personal Trainer back in 2007. After competing for NSW as a Baseballer, and then competing at an elite standard as a cyclist throughout university,  Karl received the opportunity to work with Gordon Rugby in the Shute Shield competition. From there, he found a way to marry his passion in sports and competition with coaching; selling his investment property to start Athletes Authority in early 2016.

Starting from humble beginnings, the facility vision was taken to another level when Lachlan and Karl partnered up in 2017 and Athletes Authority was incorporated. It was no longer just a gym training athletes; Athletes Authority was committed to becoming a brand athletes worldwide could rely on for quality coaching, advice and service.